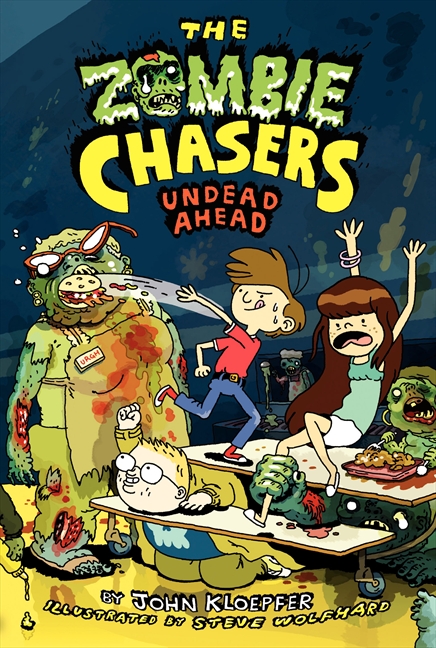 The Zombie Chasers #2: Undead Ahead

The Zombie Chasers #2: Undead Ahead

The second book in the heavily illustrated Zombie Chasers series by John Kloepfer. This fan-favorite is perfect for reluctant readers as well as fans of Diary of a Wimpy Kid and Dork Diaries.

Zack Clarke, his best pal, Rice, and middle-school queen bee Madison Miller, survived the night of the living dead—but the nightmare’s not over yet. These three unlikely companions and the newest zombie chaser, Ozzie, a monster-fighting machine, are ready to kick some undead butt. Can the Zombie Chasers save the nation from brain-gobbling ghouls? Or will the US of A become the US of Z?