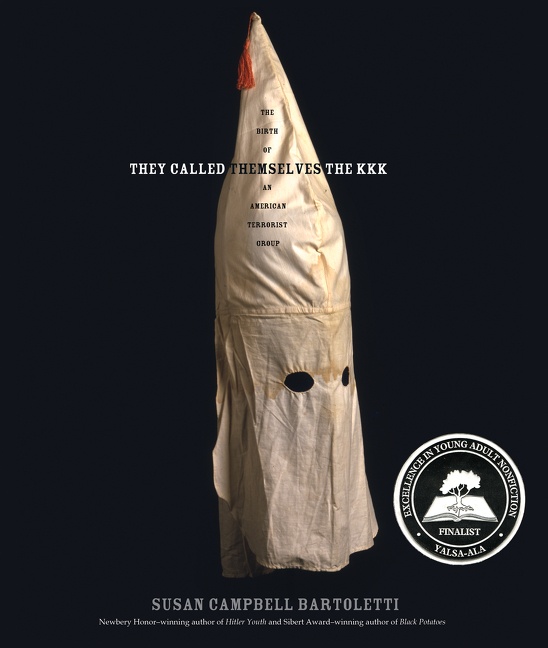 They Called Themselves The K.k.k.

They Called Themselves The K.k.k.

Boys, let us get up a club.With those words, six restless young men raided the linens at a friend’s mansion, pulled pillowcases over their heads, hopped on horses, and cavorted through the streets of Pulaski, Tennessee in 1866. The six friends named their club the Ku Klux Klan, and, all too quickly, their club grew into the self-proclaimed Invisible Empire with secret dens spread across the South.This is the story of how a secret terrorist group took root in America’s democracy. Filled with chilling and vivid personal accounts unearthed from oral histories, congressional documents, and diaries, this account from Newbery Honor-winning author Susan Campbell Bartoletti is a book to read and remember. A YALSA Award for Excellence in Nonfiction for Young Adults Finalist.