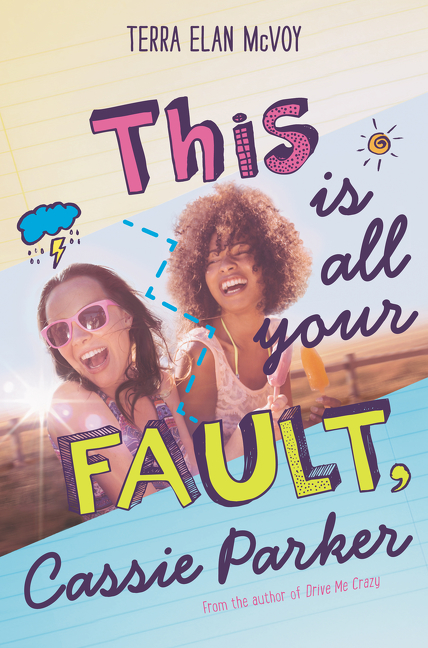 This Is All Your Fault, Cassie Parker

This Is All Your Fault, Cassie Parker

In this heartwarming companion to Drive Me Crazy, twelve-year-old Fiona Coppleton is living a middle schooler’s worst nightmare: her diary was made public and her best friend is partly to blame.

Fiona and Cassie are supposed to be best friends forever. No one else listens or makes Fiona laugh like Cassie, and that meant everything when Fiona’s parents were divorcing. They love each other in spite of their (many) differences, and even though Cassie cares a little too much about being popular, Fiona can’t imagine life without her.

Until Fiona’s diary is stolen by the most popular girls at school, and her most secret thoughts are read out loud on the bus. Even worse: Cassie was there, and she didn’t do anything to stop it. Now, for some reason, she’s ignoring Fiona. Suddenly the whole world has shifted.

Life without a best friend is confusing, scary, maybe impossible. But as Fiona navigates a summer of big changes, she learns more about herself—and friendship—than she ever thought possible.