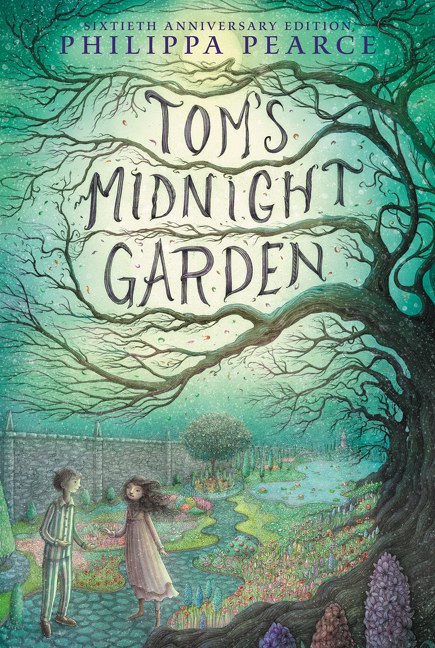 Winner of the Carnegie Medal

From beloved author Philippa Pearce, this sixtieth-anniversary edition is the perfect way to share this transcendent story of friendship with a new generation of readers. Philip Pullman, bestselling author of the His Dark Materials trilogy, called Tom’s Midnight Garden “A perfect book.”

When Tom’s brother gets sick, he’s shipped off to spend what he’s sure will be a boring summer with his aunt and uncle in the country. But then Tom hears the old grandfather clock in the hall chime thirteen times, and he’s transported back to an old garden where he meets a young, lonely girl named Hatty.

Tom returns to the garden every night to have adventures with Hatty, who mysteriously grows a little older with each visit. As the summer comes to an end, Tom realizes he wants to stay in the garden with Hatty forever.

Winner of the Carnegie Medal, Tom’s Midnight Garden is a classic of children’s literature and a deeply satisfying time-travel mystery. This newly repackaged sixtieth-anniversary paperback is the perfect entrée for readers of all ages to the vivid world that The Guardian called “A modern classic.” Features new interior spot art by Jaime Zollars.