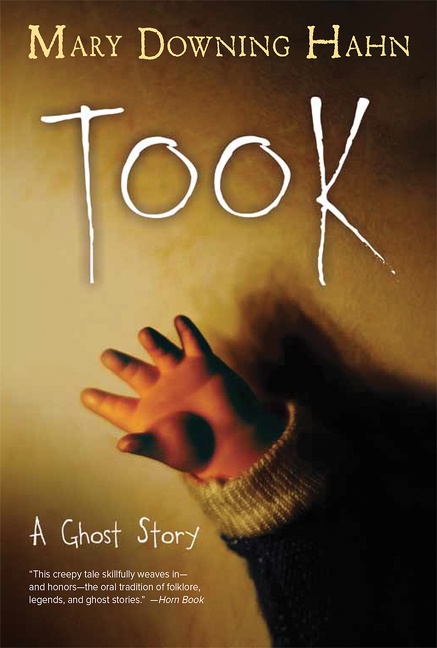 “Folks say Old Auntie takes a girl and keeps her fifty years—then lets her go and takes another one.”
Thirteen-year-old Daniel Anderson doesn’t believe Brody Mason’s crazy stories about the ghost witch who lives up on Brewster’s Hill with Bloody Bones, her man-eating razorback hog. He figures Brody’s probably just trying to scare him since he’s the new kid . . . a “stuck-up snot” from Connecticut. But Daniel’s seven-year-old sister Erica has become more and more withdrawn, talking to her lookalike doll. When she disappears into the woods one day, he knows something is terribly wrong. Did the witch strike? Has Erica been “took”?