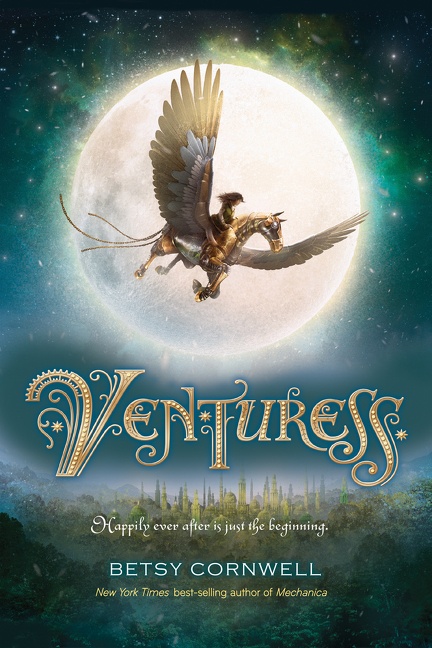 In this smart, unconventional, and action-packed YA novel that's perfect for fans of The Lunar Chronicles and The Red Queen series, an indomitable inventor and her loyal (and royal) friends cross the ocean to the lush world of Faerie, where they join a rising rebellion.

The young inventor Nicolette Lampton is living her own fairy-tale happy ending. She's free of her horrible stepfamily, running a successful business, and is uninterested in marrying the handsome prince, Fin. Instead, she, Fin, and their friend Caro venture to the lush land of Faerie, where they seek to put an end to the bloody war their kingdom is waging. Mechanical armies and dark magic await them as they uncover devastating secrets about the past and fight for a real, lasting happily-ever-after for two troubled countries—and for themselves.