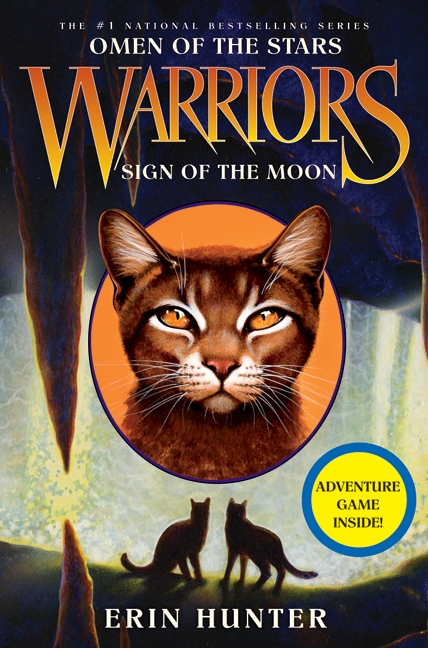 Warriors: Omen of the Stars #4: Sign of the Moon

Warriors: Omen of the Stars #4: Sign of the Moon

The end of the stars draws near.
Three must become four to battle
the darkness that lasts forever. . . .

The dark forces that have driven a rift between the four warrior Clans are growing stronger. Jayfeather, Lionblaze, and Dovepaw now know that unless they can unravel the true meaning behind the prophecy that binds them, the warrior code could be destroyed forever.

While Lionblaze remains focused on protecting ThunderClan from another deadly battle, Jayfeather receives a desperate plea for help from the Tribe of Rushing Water. He must travel to the mountains in search of answers that link the Clans to the Tribe in ways no cat could have imagined. But with the summons comes an ominous warning that suggests the power of the stars may not be enough to save the Clans.