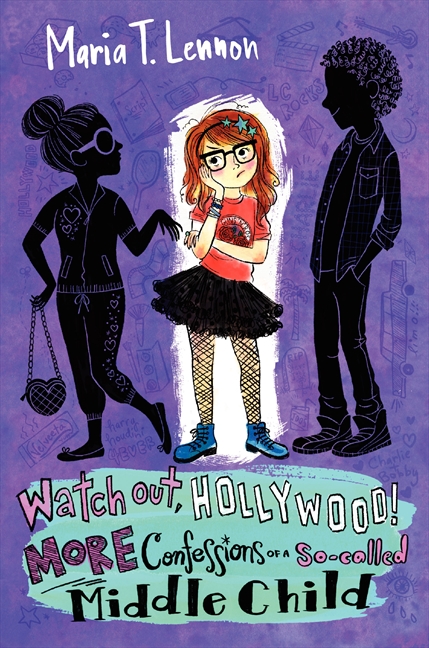 Charlie's adventures offer a fresh look at middle school, bullying, and mean girls. In Book Two, Charlie navigates sudden celebrity and auditions for a television series, but a little white lie may endanger the one friendship Charlie can truly count on—and her connection to swoonworthy crush Bobby! Poignant and seriously funny, Charlie's account of her dilemma is one all tweens will relate to.

Charlie knows what it feels like to be stuck in the middle, but it's finally her time to shine. After saving her friend Marta in the old Houdini tunnels of Los Angeles, Charlie's become a local hero, gained sudden celebrity, and *MIGHT* just become a TV star! But will Charlie let her newfound fame go to her head? Watch out, Hollywood!