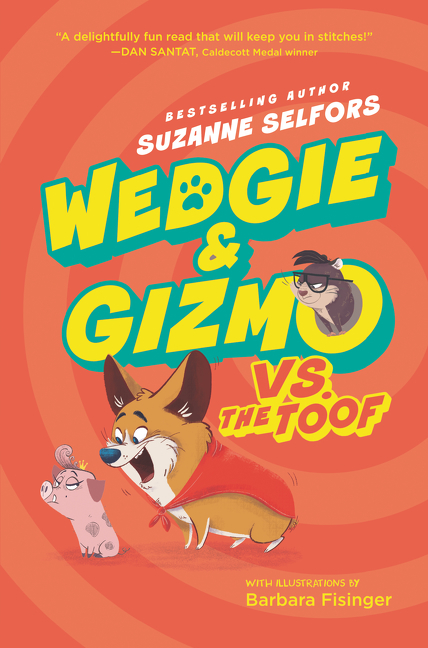 Wedgie & Gizmo vs. the Toof

Wedgie & Gizmo vs. the Toof

Fans of Stick Dog and My Big Fat Zombie Goldfish will LOL over Suzanne Selfors’s hilarious illustrated series about the growing pains of blended families and the secret rivalry of pets.

“A delightfully fun read that will leave you in stitches!”—Caldecott Medalist Dan Santat

Wedgie LOVES the new micro-pig next door. And she LOVES him! They both like to go for walks and roll in smelly things. They are going to be in the school pet parade together. They are best friends.

But Gizmo knows the truth. The pig is Wedgie’s new sidekick. Super Wedgie and the Toof have teamed up to stop Gizmo from taking over the world.

But they will not win! Gizmo is an evil genius. He is smarter than most comic book villains. And more powerful than even Darth Vader! He ordered a flying machine online and he will use it to set free all the guinea pigs at the pet parade.

Then they will crush both dog and pig and make all humans feel their wrath. Muh-ha-ha!!