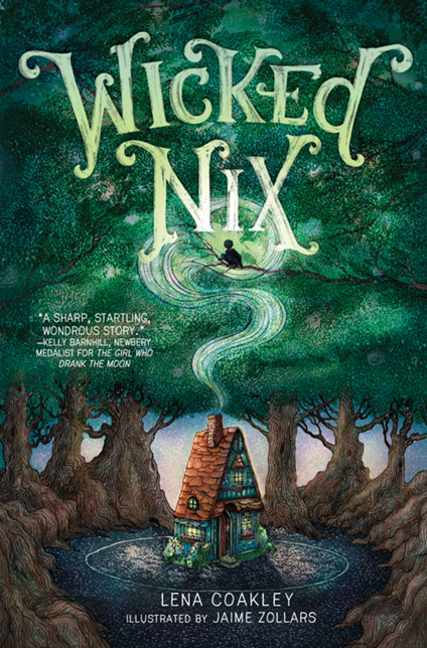 Wicked Nix starts out as the whimsical story of a woodland fairy who is up to no good but has the best of intentions. He brings to mind Puck from A Midsummer Night’s Dream—he is wonderfully awful and charmingly mischievous, and, for some reason, we know we won’t be able to resist delighting in his misdoings, even as members of his enemy party: people.

Nix himself narrates the story of his experience with a human intruder in the fairies’ forest, describing the impish tactics and spiteful threats he uses while attempting to drive the “tallish and oldish and baldish” man away. The truth is, though, that Nix lacks in the wicked magic he professes to have, and he fears the fairy queen who has left him in charge of the forest. The sordid tricks Nix uses to deceive the cottage-dweller into believing he does possess charms never sit well with him, and we begin to see that Nix is not exactly like Puck. He dreams of glory and feigns an overblown pride, but he has an empathic heart of gold and a deep-seated fear that we cannot help but want to quell. Eventually, we learn that not only is Nix not foul, but that he may not be a fairy at all.