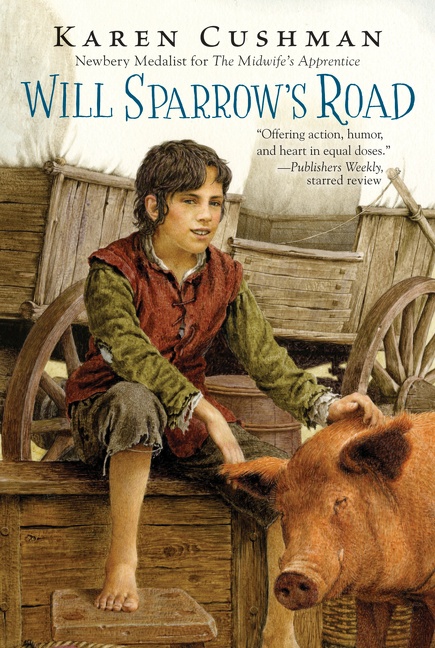 In his thirteenth year, Will Sparrow, liar and thief, becomes a runaway. On the road, he encounters a series of con artists—a pickpocket, a tooth puller, a pig trainer, a conjurer—and learns that others are more adept than he at lying and thieving. Then he reluctantly joins a traveling troupe of "oddities," including a dwarf and a cat-faced girl, holding himself apart from the "monsters" and resolving to be on guard against further deceptions. At last Will is forced to understand that appearances are misleading and that  he has been his own worst deceiver. The rowdy world of market fairs in Elizabethan England is the colorful backdrop for Newbery medalist Cushman's new comic masterpiece.