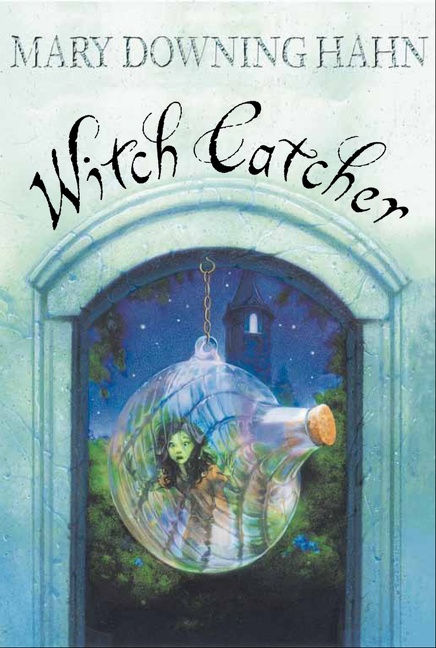 When her widower father inherits a castlelike estate in the mountains of West Virginia, 12-year-old Jen is thrilled. It seems like a wish come true. But she quickly realizes that not all change is positive. Her dad has a mysterious new girlfriend, Moura, who slowly drives a wedge between Jen and her father. Furthermore, Moura has an unusually strong—almost obsessive—interest in the antiques that fill the mansion, especially a beautiful glass globe that Jen finds hanging in a window. When Jen’s cat accidentally breaks the globe, which Moura calls a “witch catcher,” strange things begin to happen. . . .
An odd-looking girl wearing a torn dress appears, seemingly out of nowhere, and Moura’s behavior becomes more sinister, leading Jen to believe that her father is a pawn in an evil scheme. Soon Jen finds herself caught in the midst of a supernatural war, with the fate of an enchanted race—and her family—at stake.
Inspired by the age-old legend of witch catchers, Mary Downing Hahn brings a magical cast of characters to life in this compelling fantasy adventure. Author’s note.