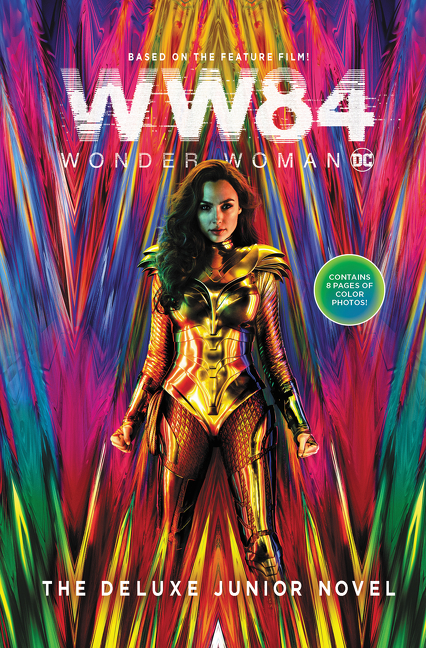 Wonder Woman 1984 is set to hit theaters in fall 2020, from Warner Bros. Pictures, and will see the return of Gal Gadot as Wonder Woman and Chris Pine as Steve Trevor, with Kristen Wiig joining the cast as friend turned foe Barbara Minerva, aka The Cheetah!

Wonder Woman 1984: The Deluxe Junior Novel retells the action-packed adventure of the movie and features eight pages of color photos from the film in a deluxe paper over board book.

An all-new chapter in the Wonder Woman story . . .

Diana Prince has been living quietly among mortals in the era of excess: the 1980s.

Though she’s come into her full powers, she maintains a low profile, curating ancient artifacts at the Smithsonian and performing heroic acts incognito. But now Diana will have to step directly into the spotlight and muster all her wisdom, strength, and courage to battle villains Max Lord and The Cheetah and save humankind from a world of its own making, proving she is a hero for our time, for all time, for everyone.