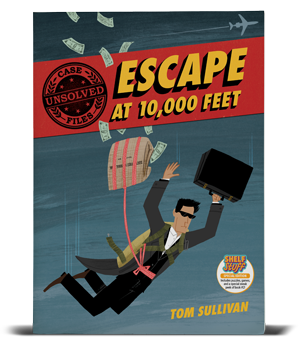 2:00 P.M.
A man in his mid-forties, wearing a suit and overcoat, buys a ticket for Northwest Orient Airlines flight 305 bound for Seattle.

3:07 P.M.
The man presents his demands: $200,000 in cash and four parachutes. If the demands are not met, he threatens to detonate the explosive device in his briefcase.
So begins the astonishing true story of the man known as D.B. Cooper, and the only unsolved airplane hijacking case in the United States. Comic panels, reproductions of documents from real FBI files, and photos from the investigation combine for a thrilling read for sleuths of all ages.

What better way to draw readers into nonfiction than through an exciting graphic novel? This series will appeal to readers of series such as Nathan Hale’s Hazardous Tales. Fans of history and whodunits, CSI-club kids, and graphic novel enthusiasts alike will be pulled in by the suspenseful, complex, and kid-appropriate cases in this series. 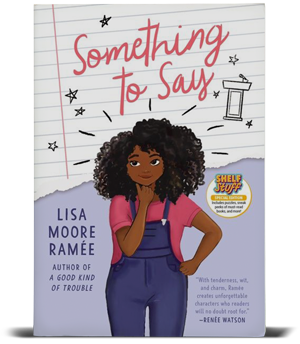 Something to Say by Lisa Moore Ramée

Eleven-year-old Jenae doesn’t have any friends—and she’s just fine with that. She’s so good at being invisible in school, it’s almost like she has a superpower, like her idol, Astrid Dane. At home, Jenae has plenty of company, like her no-nonsense mama; her older brother, Malcolm, who is home from college after a basketball injury; and her beloved grandpa, Gee.

Then a new student shows up at school—a boy named Aubrey with fiery red hair and a smile that won’t quit. Jenae can’t figure out why he keeps popping up everywhere she goes. The more she tries to push him away, the more he seems determined to be her friend. Despite herself, Jenae starts getting used to having him around.

But when the two are paired up for a class debate about the proposed name change for their school, Jenae knows this new friendship has an expiration date. Aubrey is desperate to win and earn a coveted spot on the debate team.

There’s just one problem: Jenae would do almost anything to avoid speaking up in front of an audience—including risking the first real friendship she’s ever had. 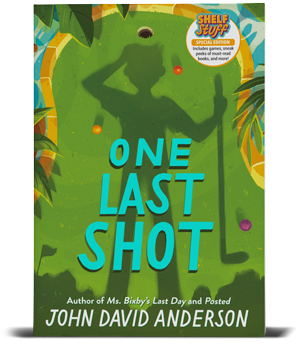