7:18 A.M.
A corrections officer at Alcatraz Federal Penitentiary tries to awaken inmate AZ-1441, Frank Morris. But when he shakes the unresponsive man, his head rolls off the pillow and crashes to the floor! Soon the guards realize that Morris and two other inmates, brothers John and Clarence Anglin, had done the seemingly impossible: escaped from the notorious island prison.

This is the incredible true story of the daring and inventive escape and a decades-long manhunt in a case that remains unsolved to this day.

Comics panels, reproductions of documents from real FBI files, and photos from the investigation combine for a thrilling read for sleuths of all ages. 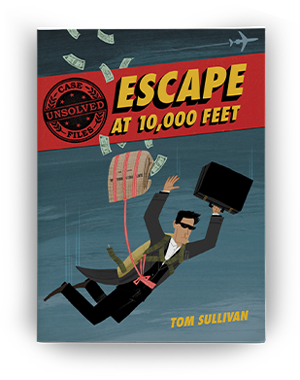 2:00 P.M.
A man in his mid-forties, wearing a suit and overcoat, buys a ticket for Northwest Orient Airlines flight 305 bound for Seattle.

3:07 P.M.
The man presents his demands: $200,000 in cash and four parachutes. If the demands are not met, he threatens to detonate the explosive device in his briefcase.

So begins the astonishing true story of the man known as D.B. Cooper, and the only unsolved airplane hijacking case in the United States. Comic panels, reproductions of documents from real FBI files, and photos from the investigation combine for a thrilling read for sleuths of all ages.

What better way to draw readers into nonfiction than through an exciting graphic novel? This series will appeal to readers of series such as Nathan Hale’s Hazardous Tales. Fans of history and whodunits, CSI-club kids, and graphic novel enthusiasts alike will be pulled in by the suspenseful, complex, and kid-appropriate cases in this series. 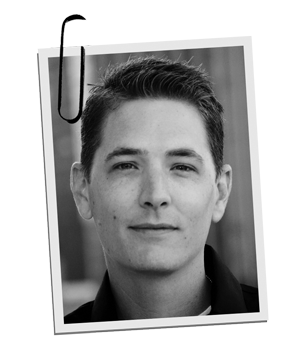 Tom Sullivan is the author and illustrator of the picture books Out There, I Used to Be a Fish, and Blue vs. Yellow. He resides with his family in Boston, MA. You can visit Tom online at thomasgsullivan.com.